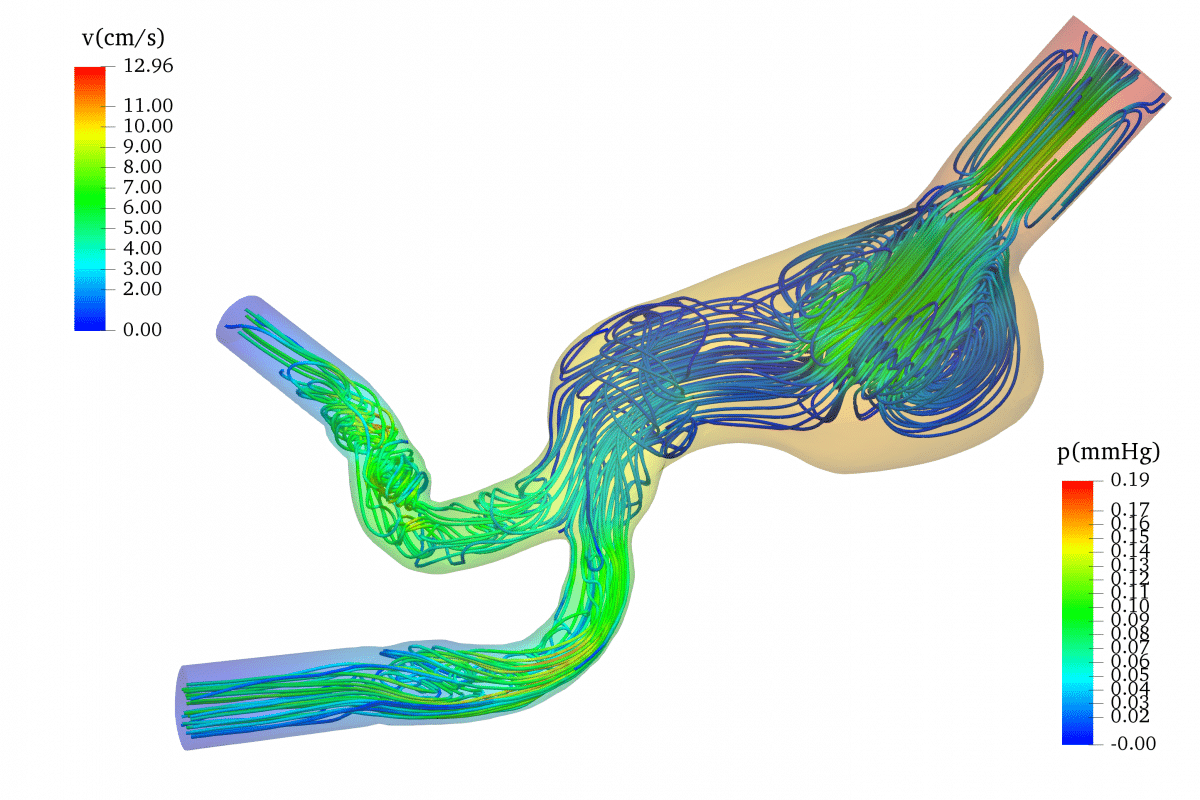 Aortic aneurysms are among the most common vascular diseases and cause thousands of deaths every year in Europe and the USA. While open surgery results in higher stress during surgery and longer recovery time, endovascular treatment has a number of complications after surgery. In this treatment, a stent graft – a kind of tube – is inserted through the blood vessel and placed directly next to the aneurysm. This is to prevent the aneurysm from rupturing because the vessel is relieved at this point and the blood flows through the stent graft.

In the EndoPredictor project, researchers from RISC Software GmbH, together with physicians from Kepler University Hospital and MATTES Medical Imaging GmbH, developed methods that allow the properties of the abdominal aorta and aneurysm to be extracted from medical image data and digitally depicted. For this purpose, 50 anonymous patient records, consisting of computer tomography angiography images (CT-A) before the procedure and for several follow-up examinations after endovascular treatment, were gathered. These image data were used to model the aorta and stent grafts, to simulate the blood flow through the stent graft, and to calculate a possible change in the position and shape of the stent graft during the follow-up examination.

A total of 201 CT-A image data sets were examined and 42 measurements were calculated. These measurements describe the form of aorta and stent graft as well as properties obtained from the simulated blood flow. It was investigated which measurements show statistical correlations with complications such as leaks, vascular constrictions or vascular occlusions. The prediction of these complications was carried out using a specially developed method. The result is a software system for the automated prediction of postoperative complications after endovascular treatments. A prediction accuracy of up to 88 % can be achieved.

The prediction method developed is based on machine learning and automatically detects relevant features in the data and learns from previous data sets. A new method for validating feature selection while training the prediction system was implemented.

A patent application for the method is currently being examined. The project results will then be published scientifically and the procedure gradually converted into a finished product.

The project with the title EndoPredictor is funded by the State of Upper Austria as part of the medical technology call “Innovative Upper Austria 2020.”